On August 29, 2019, Guyana’s Ambassador to the United States, Dr Riyad Insanally and President of the United Guyanese Diaspora Global Network, Corp (UGDGN), Wayne Forde, signed a Memorandum of Understanding (MoU) at the Embassy of Guyana in Washington, DC. 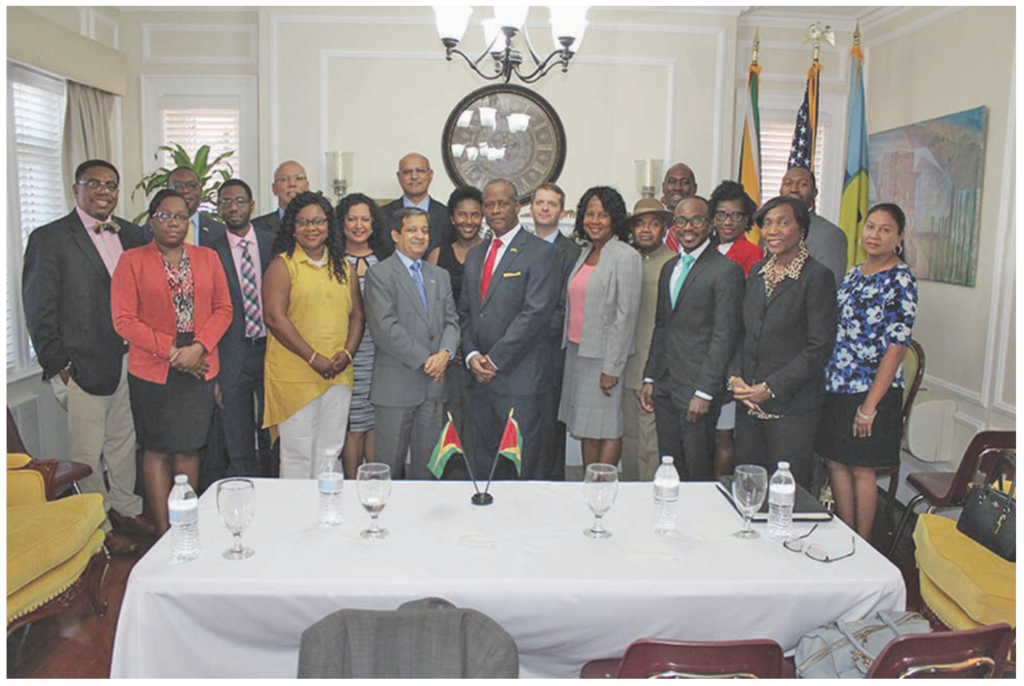 In his remarks, Ambassador Insanally expressed delight at signing the MOU, almost exactly a year after initial discussions between the two sides began, noting that it was a necessary step in establishing more structured and systematic engagement between the Government and the Diaspora.

Forde, in his remarks, thanked Ambassador for facilitating the signing of the MoU and stated that UGDGN was looking forward to working closely with the Embassy, particularly in providing much-needed assistance to school children in Guyana, among other areas, as part of its efforts towards “Building Bridges to a Brighter Future for Guyana”.

Forde also highlighted the fact that earlier in 2019, UGDGN had signed a MoU with the International Organisation for Migration (IOM) to collaborate on projects that would produce a positive impact for Guyana. In addition, UGDGN is planning the first Guyanese Diaspora Youth Leadership and Entrepreneurship Conference for 2020.

The signing ceremony was witnessed by several members of UGDGN and Staff of the Embassy.